Nammex Polyporus is a sclerotium, processed by hot water extraction into a fine powder suitable for encapsulation or beverages. 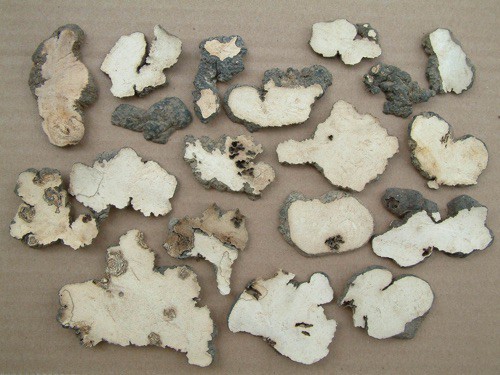 No added fillers, starch or grains

*Commonly referred to as a mushroom, the form of Polyporus used medicinally is a sclerotium, a hardened mass of mycelium that forms around the roots of trees. Today it is extensively cultivated on wood logs buried in the ground. Polyporus has been used in Traditional Chinese Medicine for thousands of years. It is a rich source of carbohydrates with an atypically low amount of protein.

US lab-grown Polyporus is not sclerotia but mycelium grown on grain. Analysis has shown that US Polyporus mycelium on grain has low levels of beta-glucan and very high levels of starch. Nammex only uses 100% organic sclerotia which are rigorously tested and guaranteed for active compounds. Learn more about the mycelia myth and the 10 Questions to Ask about Your Mushroom Supplement.