There is significant concern within the regulatory community regarding health claims made about health and wellness products as well as about the identity and purity of the natural products themselves. Medicinal mushrooms are a category that has experienced high growth but few actual quality control standards. The following White Paper provides an analytical program that enables manufacturers to realize a higher level of product integrity and efficacy.

To develop a screening protocol, it is important to differentiate the different stages of what is commonly called a mushroom. A mushroom is only one stage of a fungal organism that is properly classified as a basidiomycete. 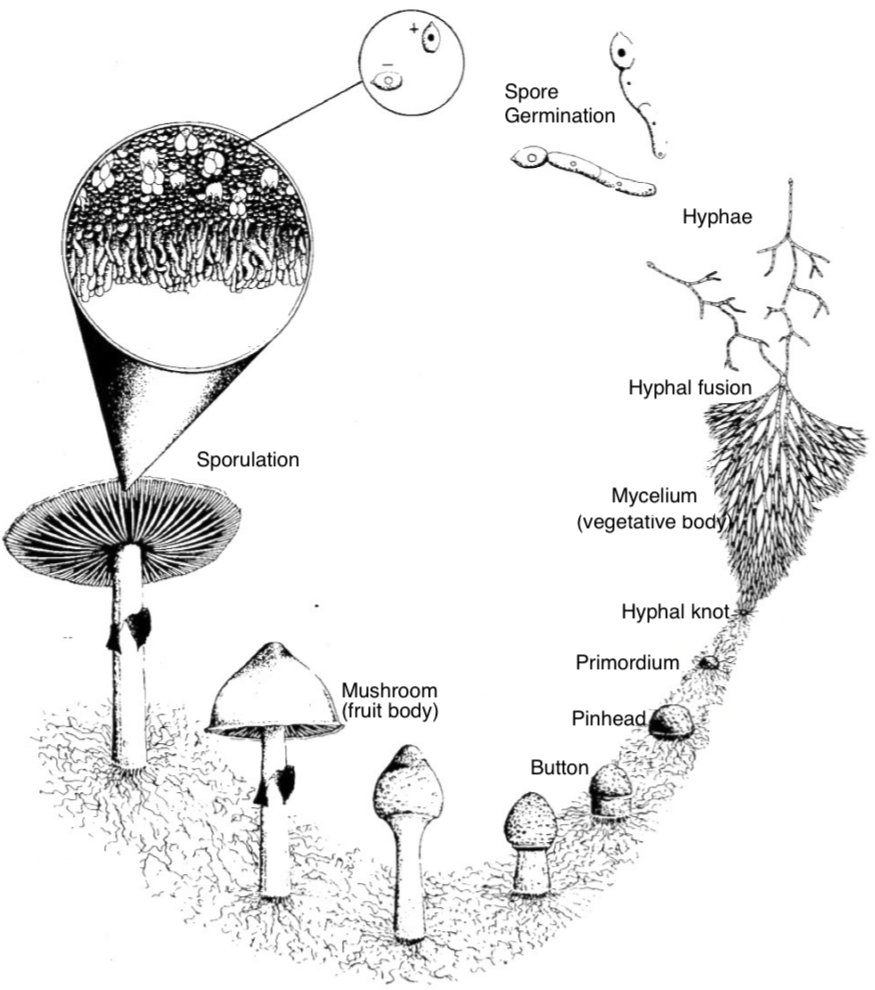 If you look at the image above, you can see that the mushroom spores germinate into a network of mycelium. Mycelium amasses nutrients and then produces a mushroom. The mushroom completes the cycle by producing and releasing spores.

The Active Compounds In Basidiomycetes

The active compounds in basidiomycetes have been identified and characterized and can be targeted for analysis. Nammex has developed a fingerprint for product evaluation based upon a dried mushroom, since that is the stage of the basidiomycete that has been historically utilized and the stage that contains the greatest concentration of medicinal compounds. These analytical methods can be used to test all parts of the basidiomycete.

The most important compounds in basidiomycetes are polysaccharides identified as (1-3),(1-6)beta-D-glucans.

Beta-glucans are a naturally occurring structural component of the cell-walls of mushrooms, mycelium and yeast. Over half the mass of the fungal cell wall is made up of beta-glucans. 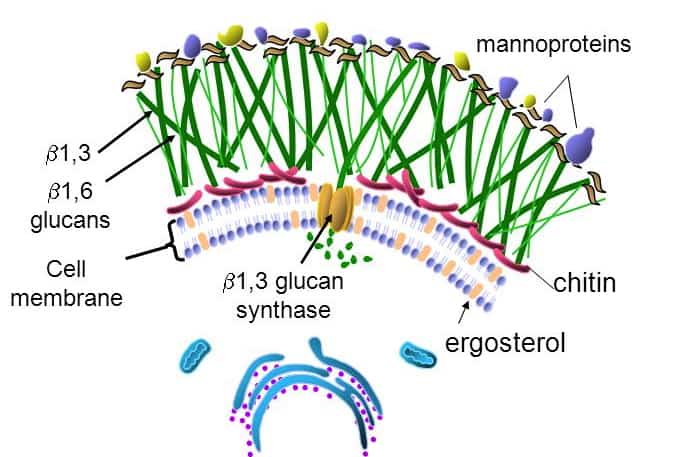 Most beta-glucan testing methods have been designed specifically for grains. Grains are (1-4)-beta-glucans so the use of grain-specific tests is not accurate for mushrooms.

Polysaccharide tests are not valid since they also measure alpha-glucans such as starch.

Starch is a very common polysaccharide that is present in large amounts in staple foods such as potatoes, most grains, corn, and rice. The presence of these starchy materials in a mushroom product will elevate a polysaccharide test and give a false positive for the basidiomycete beta-D-glucans. For this reason it is important to use a test method that is specific to mushroom beta-glucans and will not pick up these alpha-glucans.

The Most Widely Researched Active Compound

A new testing method designed for beta-D-glucans in mushrooms and yeast has been developed in 2004 by a company called Megazyme Ireland International. The Megazyme test method has been utilized by the USDA for the testing of mushroom beta-glucans.

This test detects and quantifies soluble and insoluble (1-3),(1-6)-beta-glucans. Using the Megazyme test we can test all basidiomycete products, whether they are mushroom powders, extract powders, or mycelium powders.

The above charts demonstrate:

Mushrooms contain only minor amounts of starch, on average less than 3% of the dry weight. On average, mycelium products on grain contained 35-40% starch. This reveals that the grain is not converted into fungal tissue.

The presence of starch in health products, especially as a carrier for extract ingredients, has been an ongoing industry issue.

Basidiomycete mycelium products present a similar issue since many are grown on grains. Starch testing is a way to discover the amount of grain residue present in grain based mycelium, since the grain is not separated from the mycelium in the final product.

As you can see in Figure 1 and 2 above, starch is high in mycelium products, which confirms our assumptions. In fact, starch testing will determine how much of a mycelium product is actually mycelium and how much is grain. It will also identify starch carriers used in mushroom extracts.

A second category of extensively researched active compounds in basidiomycetes are lipids known as triterpenoids.

Triterpenoids occur in significant amounts in a few important medicinal mushrooms, those being reishi, chaga, and Antrodia. Although reishi and chaga have some common classes of triterpenoid compounds, one still must procure a pure standard in order to accurately measure the quantity of these compounds.

Today ganoderic acid standards for reishi are available. Nammex has been utilizing an HPLC method developed from reishi research and has 15 years of testing experience. We have also developed an HPLC method for testing chaga triterpenoids.

From HPLC testing, we can confirm the following:

This is consistent with our historical record of triterpenoid testing dating back to 1994. This confirms the basic tenet that without precursor compounds, which primarily occur in natural substrates, important secondary metabolites are not produced in meaningful quantities.

A Measure of Fungal Material

Another triterpenoid compound is ergosterol and its analogues.

Ergosterol is present in all fungi and is a corollary to cholesterol in humans. It is a definitive marker for fungal presence and has been utilized for years by the grain industry as a test for fungal contamination.

Ergosterol testing can provide an important marker for quantifying the amount of fungal material in a given product. The U.S. Department of Agriculture, large grain producers and the Agaricus industry have been testing ergosterol for years and the research has been published.

We follow the methods utilized by USDA to measure ergosterol in mushrooms. 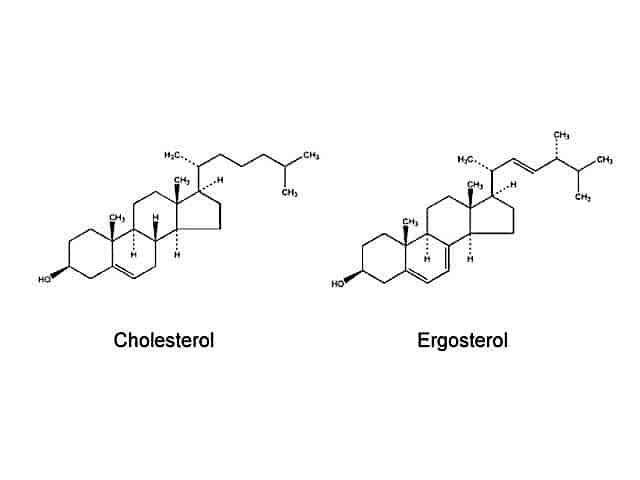 These tests have established that mushrooms are truly the most important medicinal part of the basidiomycete.

Mushrooms are consistently high in beta-glucans and low in starch. The chitins and other cell-wall compounds add to their activity, especially as prebiotic fiber. Mushrooms also produce secondary metabolites in measurable quantities, such as the ganoderic acids in reishi mushroom and the triterpenoids in chaga and Antrodia.

Mushrooms are the true “full spectrum” stage of the basidiomycete organism.

This analytical program provides a means for manufacturers to upgrade their product offerings and be confident that the labeling and contents of the product meets the high standards that they have set for their brand.